The first edition of the IPA award (Italian Project Awards) goes to VEM Sistemi and Panduit, awarding a project linked to the realization of MUG–Magazzini Generativi (Generative Warehouses), a multipurpose and technologically advanced hub strongly backed by Emil Banca Credito Cooperativo, a leading banking group based in Bologna, Italy.

Italian Project Awards aims to reward the best Italian technological project carried out, in the previous 12 months, by the IT Channel ecosystem of vendors, partners, and customers, and is backed by the Italian publishing group G11 Media (owner also of Innovation Open Lab), which has launched the initiative earlier this year to complement the well established Italian Channel Awards (ICA), the well established recognizing every year the best performers of the entire IT Channel ecosystem in Italy.

The joint collaboration between Panduit as a technological partner and VEM Sistemi as Augmented System Integrator has led to the implementation of an effective and efficient cabling system that gives first rate performances with top level security to the internal network of MUG. MUG–Magazzini Generativi (Generative Warehouses) has given back to the city of Bologna, Italy an historic hub that was being left unused, and has transformed it into a meeting point aimed at startups, banks and businesses.

The Italian Project Awards aims at pointing out and share the value of case studies emerging from the entire Italian IT channel ecosystem. The value of the IT channel is in fact expressed in its core by the vendor-partner relationship, and in the power to jointly implement innovative projects meeting the customer real needs. This is a core value for the entire IT supply chain, but sometimes it does not get fully recognized.

The projects have been first evaluated by the editorial staff of ChannelCity and ImpresaCity, both published by G11 Media. This has led to five projects singled out as Nominations, which were evaluated by the Quality Jury of the Italian Channel Awards, made out by market analysts, visionaries, CIOs, security experts, Innovation Managers and Academics. 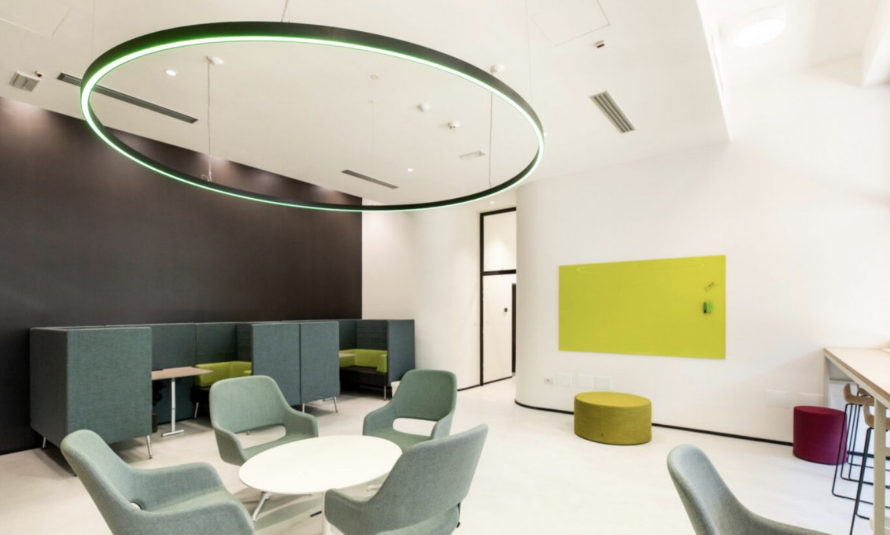 Through MUG, Emil Banca Credito Cooperativo has created an innovation hub in downtown Bologna consisting of highly technological multi-purpose environments, coworking stations, meeting rooms and workshops of various sizes, as well as an auditorium, and the bank branch of the future. From design to implementation, all technological aspects of the project have been dealt with by VEM Sistemi, leading system integrator headquartered in Forlì, Italy.

MUG innovation hub is conceived as a home for startups, the third sector, open innovation, talents and stakeholders who can find the ideal place to make their own contribution to change, doing business and developing high-impact ideas and projects.

From the monitoring and regulation of environmental parameters to lighting connected to the data network, from collaboration to video surveillance and access control: as a system integrator, VEM Sistemi has harmonized on a single platform the asset-management functions required. The choice of the technological partner for the construction of a physical connection infrastructure - already tested in many other cases of joint success - was made with Panduit brand components.

Panduit components were then entrusted with the responsibility of ensuring the robust connection of cameras and turnstiles, PoE (Power Over Ethernet) lighting bodies, precision sensors, wireless access points and various peripherals, including the various switching devices, servers and storage. For this, several tens of kilometers of copper and Panduit fiber optic cables were deployed, together with connectors, patch panels, patch cords, optical drawers and much more, through which the several hundred network points were connected, thus constituting the vital and enduring nervous system of MUG.

The Cisco-Meraki network is the digital backbone behind MUG: a network shared by multiple types of users had to be intrinsically secure and allow differentiated access by profile. That’s why CISCO ISE was also implemented, allowing a dynamic and automated application of policies.

If you liked this article and want to stay up to date with news from InnovationOpenLab.com subscribe to ours Free newsletter.
Tags: IPA2K21 vem sistemi panduit cisco mug