2023 will take advantage of the long wave of VC investment in the last quarter of 2022.

Sifted, an information site dedicated to European innovation, has selected 11 Italian startups that will be talked about in 2023. The list was built with the help of some of the reference names of the Italian Venture Capitalist market. In particular, Sifted interviewed Eight Roads Virginia Bassano, Vento's Diyala D'Aveni, Tommaso Maschera and Matteo Moscarelli from Plug and Play, Niccolò Sanarico from Primo Digital and Massimiliano Magrini from United Ventures.

The 2023 scenario of Italian startups it looks very promising thanks to the most active third quarter ever recorded for investment funds in our country. Also, last year, Italy added two unicorns to the world ranking, Scalapay and Satispay.

Not all of the 11 companies are recently born companies but, in any case, they are still in the harvesting phase (pre-seed or seed-stage) and the oldest ones have not fully demonstrated their potential. Let's see who these 11 startups are, all reported by Italian entrepreneurs, although not all of them are based in Italy.

Founded in 2019, AWorld deals with sustainability and has so far raised about $750,000. AWorld is a gamification-structured app that helps consumers and businesses monitor their environmental impact. Registered users can track and measure their daily habits on the app. AWorld calculates CO2, water and electricity savedevery week using multiple data sources, from bike sharing to banking transactions. Among its customers, the company already has Enel, Roche, Tim and Capgemini.

Since 2020 Wallife has been moving in Insurtech and has so far raised $18 million. The service is designed to insure consumers against new digital risks such as biohacking and digital identity theft. Among other things, Wallife protects people's sensitive information by protecting biometric data used in smartphone access.

Founded in September 2021, Teta is an application service that raised $165,000 from Exor Seeds in March 2022. Based in Rome, Teta is a platform that allows you to build low-code apps to make it faster and easier for developers to create apps from scratch by automating certain tasks. Teta's goal is to allow you to create an app in a weekend.

Born in 2017, Commerce Layer has already raised almost $21 million and is at a Series B Stage. The company takes advantage of the trend of headless commerce. That is, separate the front end from the back end of the platforms for commerce in order to modify the first without having to wait for the times of the second. Businesses can use its API set to easily create and customize their own ecommerce apps, from mobile apps to point-of-sale solutions, subscription pages, and shopping carts.

Superlayer was born only in 2021 and has so far raised 224k Pounds in the pre-seed phase. Superlayer targets sales divisions with revenue analytics tracking software designed to allow teams to track their sales stack. The platform aggregates CRM, product analysis, and sales engagements, and provides dashboards and charts with insights and forecasts.

Born in 2019, Energy Dome has raised 22 million pounds and deals with climate tech. The company has developed a long-lasting energy storage technology based on thermodynamic processes using CO2. It recently launched the multi-megawatt project "CO2 Battery" in Sardinia, and is starting to make itself known among companies, A2A is already their customer.

Since 2017, xFarm Technologies has made a name for itself in agritech and raised a total of $22 million. In August, xFarm merged with Farm Technologies and its technology helps farmers track agricultural data, monitor their supply chain, and manage multiple farms simultaneously. So far, it has gained 80,000 customers from different agricultural sectors and is active in more than 100 countries.

Another veteran among Italian startups is Credimi. Founded in 2015 by Ignazio Rocco di Torrepadula, the company moves in Fintech and has raised almost 20 million dollars, but most are loans. Credimi deals with SME financing, has so far received more than 100k applications and has lent more than 2 billion dollars to small and medium-sized European companies. Credimi is ranked 31st in the Financial Times FT 1000 2022.

Another "newborn" is Sibill. Founded in 2021, it has raised $550,000 in funding. As Superlayer, Sibill creates tools for the financial management of companies. In particular, it helps SMEs aggregate and track cash flow data. The sector is crowded, but Sibill may be able to distinguish herself from the competition.

Aindo was born in 2018 and received $3.2 million. Through machine learning, Aindo creates dynamic databases so companies can turn their raw data into something to use and understand. Founded by a small group of researchers in Trieste, Aindo wants to remove barriers to the use of artificial intelligence, such as data privacy and long data delivery times.

Finally, Nebuly, born in 2021, has so far raised $165,000. She also uses machine learning to build for enterprise application stacks. Nebuly uses open source software to create AI models for developers. The company matches the AI model used by a company with the necessary hardware, which reduces the "training time". Their goal is to become the reference point for the developer community in the creation of artificial intelligence models.

If you liked this article and want to stay up to date with news from InnovationOpenLab.com subscribe to ours Free newsletter.
Tags: startups insurtech venture capital fintech agritech 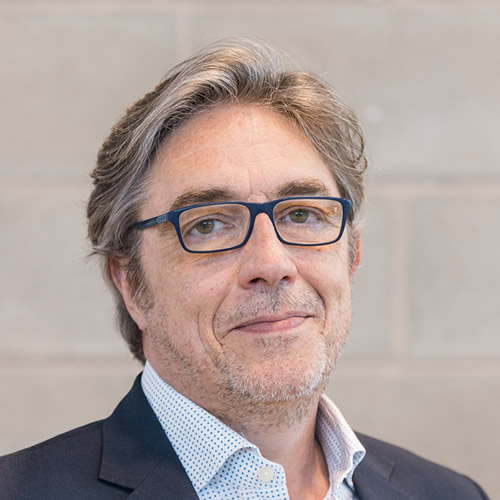