adesso SE, one of the leading IT service providers in German-speaking countries that provides consulting and custom software development, is acquiring WebScience, an Italian company with around 100 employees and most recent sales of almost EUR 10 million in the past year, said the German company in a statement. The takeover of the thriving software company reinforces adesso SE’s branch office in Milan, opened in autumn 2021. The WebScience team and its customers in Italy will benefit from the synergies of the adesso Group’s Europe-wide business in the future.

Software developer WebScience was formed in 2000 and has spent more than two decades specialising in agility, application modernisation, cloud migration, cloud-native development and low-code approaches. It currently has a staff of around 100, spread across three sites in Milan, Lecce and Sofia, Bulgaria. The growth-centric company fits perfectly with the adesso SE core brand in terms of its management, strategic orientation and cultural identity. It therefore meets the key requirements for the merger, which will cement adesso SE’s position on the Italian market. Like adesso SE, WebScience is focused on optimising core business processes for companies in a variety of sectors.

From WebScience to adesso Italia

The management of WebScience, with the company founders Stefano Mainetti (Chairman), Francesco Micotti (CEO) and Massimo Ficagna (Board Member and CEO of WebScience Bulgaria), will take over the management of adesso Italia in the future. Andrea Buzzi, previously Country Manager at adesso Italia and Lugano Site Manager in Switzerland, will become a member of the Management Board of adesso Italia as a representative of the parent company. In this function, Buzzi will oversee the integration of WebScience respectively the still young adesso Italia into the Europe-wide adesso Group. Maintaining the successful business continuity of the vibrant and independent company under adesso stewardship also means retaining WebScience’s presence in Milan and making the site into the new headquarter for adesso Italia. 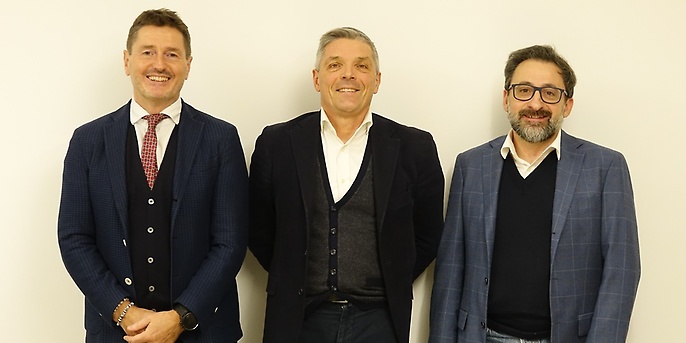 For Dirk Pothen, member of the adesso SE Executive Board and Head of Internationalisation, the merger with WebScience is a stroke of luck: “In WebScience, we are integrating a successful and established business in a financially attractive region of Europe. The size of the company alone – it’s one of our largest acquisitions of recent years – will inject significant impetus into our international growth across what is now thirteen European markets”.

Although the sale of his company to adesso SE marks the end of an era, WebScience founder Stefano Mainetti also takes great pride in what his team has achieved: “I’m thrilled to see the WebScience core team join such an acclaimed international network as the adesso Group, after more than twenty years of self-sustained development. Evidently, our technological innovation and forward-thinking approach has attracted the attention of adesso to press ahead with its expansion in Italy and take our core business to the next level. We are delighted to receive this recognition and look forward to establishing adesso as the brand for digitalising Italian businesses.”

WebScience clients, which include well-known names as Benetton, Sisal and Elior, will now have access to the entire portfolio of the adesso Group, which has firmly established itself as a leading digitalisation partner in numerous industries in German-speaking markets. adesso SE offers a comprehensive range of advisory and software development services in its core sectors of banking and financial services, public administration, automotive and manufacturing, energy/transport, healthcare/life sciences, trade, media, trade fairs and sport.

If you liked this article and want to stay up to date with news from InnovationOpenLab.com subscribe to ours Free newsletter.
Tags: software Germany acquisitions mergers