Yape's fleet of self-driving droids will operate in Milan, in a long test project sponsored by local authorities

Italian startup Yape is officially testing, in Milan, a new home delivery system based on a fleet of its self-driving droids. Yape droids have already been tested in different projects, but this is the first time these autonomous robots can freely move in a urban residential area. This will help Yape (the company) to optimize how Yape (the droid, which has the same name) interacts with people and other vehicles, in potentially unforeseen scenarios.

Yape tests will last 12 months and are sponsored by Italian Ministries for Economic Development (MiSE, Ministero dello Sviluppo Economico) and for Sustainable Mobility (Ministero delle Infrastrutture e della Mobilità Sostenibili). Thanks to a special "regulation sandbox", Yape can operate in Milan even if the use of autonomous vehicles is not legal, in Italy. Autonomous droids and drones, however, are an area of development that the Italian Government wants to understand, especially in a Smart City perspective.

The Yape droid (Yape means Your Autonomous Pony Express) is described by its creators as a self-driving droid for last-mile unmanned deliveries of foods and other small goods. It can operate indoor as well as outdoor, has a capacity of 10 kilograms and a top speed limited at 6 kph. Yape uses a range of different sensors to let its AI algorithms "understand" the surrounding environment and to move in full autonomy. It's always connected to Internet via 5G mobile networks. 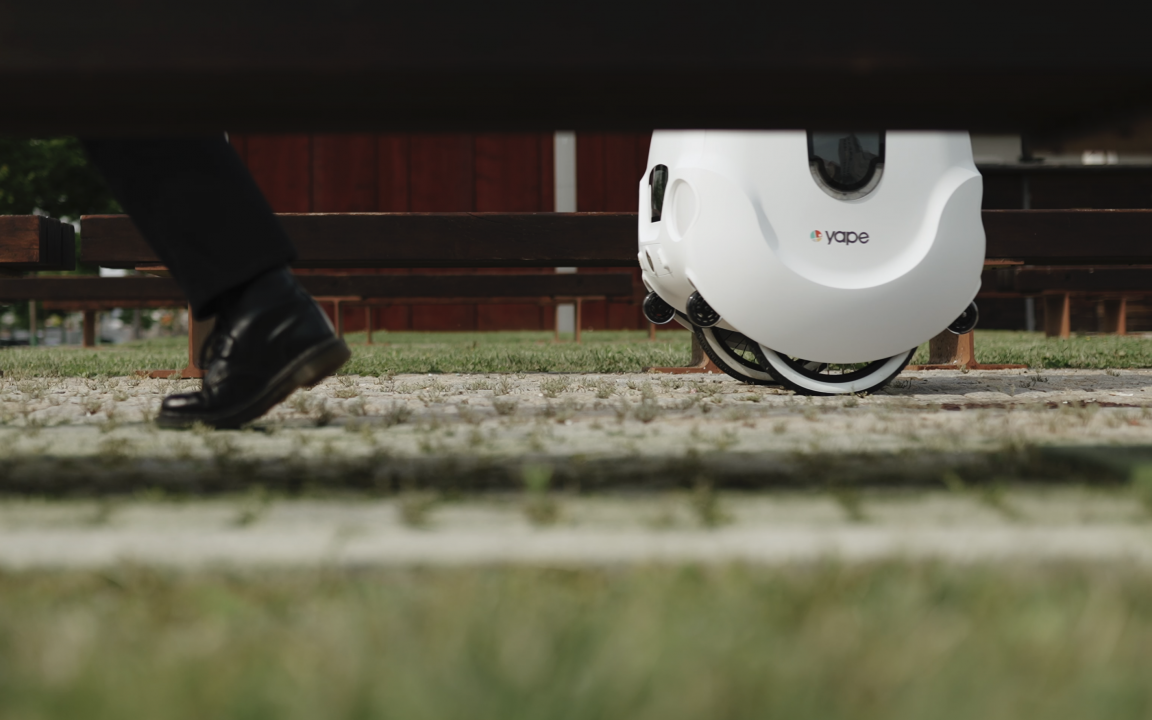 Yape's parent company - e-Novia - explains that one of the droid's main strenghts is its ability to move easily in the narrow and crowded streets of European cities. Their complex topologies require specific self-driving approaches, quite different from those used where roads are wider and more evenly distributed.

Yape has announced many commercial partnerships in Europe and in the USA with global leaders in food delivery, retail, e-commerce and travellers assistance in airports. The droid is already being used in Japan for mail and parcel low-contact delivery.

If you liked this article and want to stay up to date with news from InnovationOpenLab.com subscribe to ours Free newsletter.
Tags: robotics yape enovia droids autonomous driving